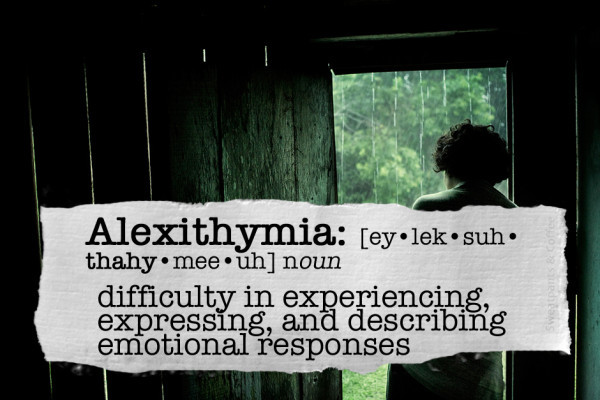 Very interesting study that shows ‘Alexithymia’ was the only factor that predicted chronic pain 12 months after breast surgery. I call alexithymia the most important unknown word in chronic pain. It is significantly tied in with health issues in many studies. See my Youtube video here for more of the scientific research linking the two:

Alexithymia is the inability to identify and express emotions.

In this particular study:

Alexithymia was a significant predictor of post-surgical pain at all 3 data points: 3, 6, and 12 months.

Anxiety was only a significant predictor of post-surgical pain at 3 months.

Body Image and Catastrophizing only predicted acute or subacute pain at 2 months.

Interestingly, Emotional Repression was not predictive of pain.

“Breast surgery is a particularly suitable model for this purpose, because patients who undergo such surgery are generally pain-free before the intervention and have strong negative affects as a result of diagnosis announcement. Our results show that alexithymia, but not emotional repression, strongly predicted chronic pain for up to 12 months after surgery, independently of affective variables (anxiety, depression).”

“Alexithymia has been reported to be strongly associated with various somatic conditions, including breast cancer. It has been proposed that alexithymia contributes to the development of somatic diseases through a failure to regulate negative emotions. Patients are poorly able to link their feelings with accompanying body sensations, motor activity, or fantasies. Thus, the somatic sensation associated with emotional arousal might then be amplified and misinterpreted as symptoms of disease. In line with this hypothesis, alexithymia has been shown to be correlated with high baseline levels of sympathetic activity.”

What Is the Relationship between Pain and Emotion?
Scroll to top

We may request cookies to be set on your device. We use cookies to let us know when you visit our websites, how you interact with us, to enrich your user experience, and to customize your relationship with our website.

Click on the different category headings to find out more. You can also change some of your preferences. Note that blocking some types of cookies may impact your experience on our websites and the services we are able to offer.

These cookies are strictly necessary to provide you with services available through our website and to use some of its features.

Because these cookies are strictly necessary to deliver the website, refuseing them will have impact how our site functions. You always can block or delete cookies by changing your browser settings and force blocking all cookies on this website. But this will always prompt you to accept/refuse cookies when revisiting our site.

We fully respect if you want to refuse cookies but to avoid asking you again and again kindly allow us to store a cookie for that. You are free to opt out any time or opt in for other cookies to get a better experience. If you refuse cookies we will remove all set cookies in our domain.

We provide you with a list of stored cookies on your computer in our domain so you can check what we stored. Due to security reasons we are not able to show or modify cookies from other domains. You can check these in your browser security settings.

These cookies collect information that is used either in aggregate form to help us understand how our website is being used or how effective our marketing campaigns are, or to help us customize our website and application for you in order to enhance your experience.

If you do not want that we track your visit to our site you can disable tracking in your browser here:

We also use different external services like Google Webfonts, Google Maps, and external Video providers. Since these providers may collect personal data like your IP address we allow you to block them here. Please be aware that this might heavily reduce the functionality and appearance of our site. Changes will take effect once you reload the page.

The following cookies are also needed - You can choose if you want to allow them: